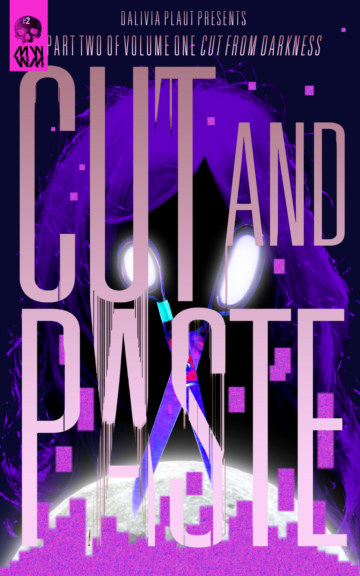 A violent string of unsolved murders leaves a town on edge.

Each victim shares a link to one another.

Based on bizarre calling cards left behind at each crime scene, as well as the pair of scissors used to butcher his victims, the press has branded the notorious serial killer with the name, "The Snipper."

But young introvert, Jane Cutter, believes it's an individual whom she calls Mr. Moonlight.

Fresh out of college, Jane Cutter bounces from one meaningless profession to another before she finally lands the job of her dreams as a veterinarian technician at a local animal hospital. On the surface, Jane's life appears normal; however, on the inside, Jane feels abandoned like some of the strays she cares for and desires a more human touch.

During a night out, an inebriated Jane comes across a mysterious man standing in the shadows outside a bar. She attempts to confront him in the parking lot, but she is too frightened for he is elusive and standoffish. For days—even weeks—he stalks Jane and rightfully earns the name, Mr. Moonlight, due to his trademarked moonlit eyes. With knowledge of the recent killings by "The Snipper," Jane has suspicions that Mr. Moonlight may indeed be the killer. As details begin to emerge, Jane finds herself smack dab in the middle of a whodunit.

The first of three novellas, Cut and Paste, reads like a full-length mystery novel, substantive yet snappy in its overall delivery, with a shocking ending that resonates well past the final act.
Autorenwebsite
https://daliviaplaut.tumblr.com

Dalivia "Liv" Plaut is a horror writer from Loganson, West Virginia. Her debut novel, Cut From Darkness, a collection of four novellas, including the psychological thriller, Cut and Paste, which introduces Readers to one of the most charismatic characters in the horror genre, a scissor-wielding stalker named Mr. Moonlight, as well as Murmur, a gonzo-style luncheon centered around a scandal, is the first volume of Dalivia's horror anthology series, Midnight World. For more on Dalivia Plaut, visit her NASTY NOOK at http://www.daliviaplaut.tumblr.com.