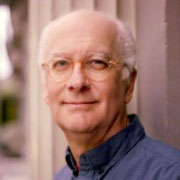 I've worked in the book business for more than three decades. I became an acquiring editor seven years into that span, after an opening stretch when I owned and ran an independent bookstore chain, Undercover Books of Cleveland, Ohio. My time as a bookseller was especially fertile for strong reader engagement with bestselling novels by such writers as John Irving, Umberto Eco, Mark Helprin, Anne Tyler, and landmark nonfiction like Goedel, Escher, and Bach: An Eternal Golden Braid and The Band Played On: Politics, People, and the AIDS Epidemic. We became known as a go-to store among publishers sales departments and book publicists, as a place to break out key titles, receiving dozens of advance copies from companies houses each publishing season. We read the new titles early, ordered tons of copies of the books we loved, talked them up with readers and customers on the sales floor every day, then hand-sold the books in large quantities. At our store we could sell 200-300 copies of several different new titles every season, affording me the opportunity to identify the qualities that made for the strongest reader enjoyment of new books. When I became an editor, I already had a keen sense of what made prospective titles appealing to readers, which I continued to sharpen in my years as an in-house editor. This means that as an in-house acquiring editor, executive editor, and editor-in-chief—positions I've held at Walker & Company; Macmillan; Prentice-Hall Press at Simon & Schuster; Kodansha America; Times Books and Crown at Random House; Carroll & Graf with Avalon Publishing Group; and Union Square Press at Sterling Publishing—a high proportion of my books have always sold well beyond their early printings, reaching perennial status as long-term backlist sellers.

In my career I've acquired, edited, and published scores of successful books, such as the notable nonfiction titles below, which includes a distinctive list of imperative books by and about truthtellers, whistleblowers, muckrakers, and revisionist historians:

And these prestigious works of fiction: