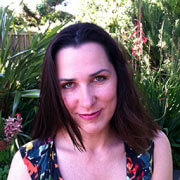 Nicki Richesin is the author/editor of The May Queen, Because I Love Her, What I Would Tell Her, and Crush. She has had the great privilege of editing over a hundred talented writers including Karen Joy Fowler, Joyce Maynard, Ann Hood, Jacquelyn Mitchard, Jennifer Weiner, Amy Greene, Chris Bohjalian, Kaui Hart Hemmings, and Thomas Beller.

She worked behind the scenes on Goodbye To All That: Writers on Loving and Leaving New York including essays by Cheryl Strayed, Ann Hood, Dani Shapiro, and Emma Straub; The 3-Day Reset by Pooja Mottl; Spent: Exposing Our Complicated Relationship with Shopping by Kerry Cohen; and Sleeps with Dogs: Tales of a Pet Nanny at the End of Her Leash by Lindsey Grant.

During her publishing career, she worked at Thomson and Bloomsbury in London, and then Pearson, and Red Herring and Edutopia magazines in San Francisco. She was also the San Francisco Editor of DuJour and Rundown magazines.

Nicki focuses on select fiction and narrative nonfiction and is passionate about collaborating closely with writers to strengthen and polish their manuscripts.