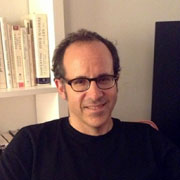 In addition to working one-on-one with writers at various stages of completing books, I teach in the graduate writing program at Columbia University. I am also the author of four novels and a book of short stories. In my editorial work I specialize in fiction, narrative nonfiction (memoir, biography, travel writing, etc.), and essays. I have worked with writers who are published by mainstream presses and with those who self-publish. For my own writing I have received a National Endowment for the Arts Fellowship in Fiction and a New York Foundation for the Arts Fellowship in Fiction. My novel The Sleeping Father was a Today Show Book Club selection. I believe that my longstanding vocation as an author allows me to understand the particular challenges of writing a book, and to help other writers surmount them and produce the best work they are capable of. My goal is always to support and enhance the vision and singular voice of the writers I work with.

Testimony from an author I’ve worked with: “After failing to find a publisher for my first novels, I had the great fortune of meeting Matthew Sharpe at a writers’ conference, where he was on the faculty. Soon after, he became my editorial consultant. Since I began working with Matt, I’ve had two novels published, with a third scheduled for release in 2015. His notes are candid, yet always constructive and respectful. He not only improves the story that he’s editing, but also educates, such that his lessons carry over to the next writing venture. I truly believe that without Matt’s help, I wouldn’t be a published author.”
—Robert Rotstein, author of RECKLESS DISREGARD (Seventh Street Books 2014—Kirkus Starred Review, Booklist Starred Review) and CORRUPT PRACTICES (Seventh Street Books 2013—Booklist Starred Review)