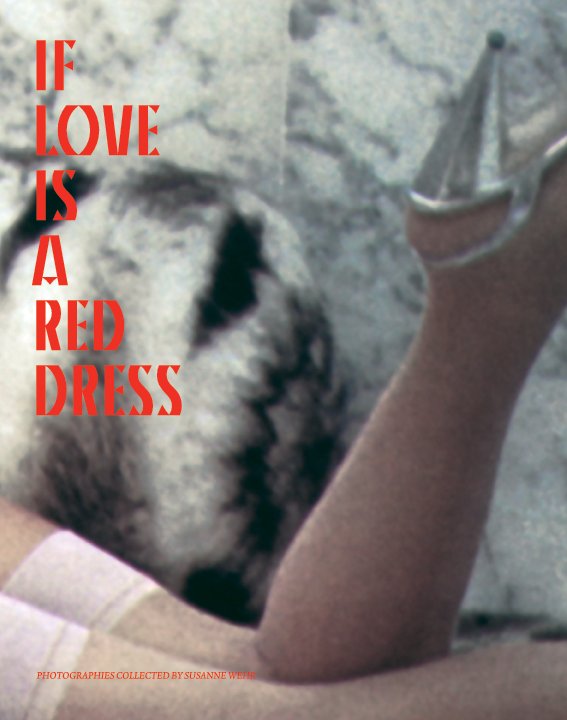 If love is a red dress

If love is a red dress / Photographies collected by Susanne Wehr

In the following selection taken from her collection of anonymous private photographers, Susanne Wehr focuses on works concerned with female nude bodies, some of which are accentuated with seductive accessories. From her extensive collection, she often targets to image details only or to particular body parts. These compositions are subsequently put into context with pieces of music, which hold personal meaning for the artist. So does the title track and country-soul-ballade „If Love Is a Red Dress (Hang Me in Rags)” by the American singer and songwriter Maria Mc Kee (Soundtrack for Quentin Tarantino’s film „Pulp Fiction“). It is an indication of the fact that the artist’s main concern is not on the purely erotic aspect of nudity, but rather on feelings such as love, desire, longing, sensitivity, loss; in general, she is more concerned with emotions and the vulnerability of human beings, which is particularly revealed in the nakedness of the body. In this respect, the term „intimacy“ also gains double signification, for it points to both the motif and Susanne Wehr’s personal reminiscence work, which becomes evident in her sensitive approach to the photographic material selected.

Image segments and fragmentation deprives the private photographs by anonymous sources and authors of their individuality. Certainly, it is due to the artist’s female view that none of the images portrays the naked women bodies as a submissive object. Susanne Wehr primarily uses the body or segments of it to evoke certain emotions and her choreography of bodies turns into a homage to the dualism of „Sense and Sensibility“: she almost makes us believe that sense and sensibility are mutually compatible. Manuela Lintl

Susanne Wehr’s artistic approach to collect slides from estates, to sight and to re-arrange them is not to be considered merely an archiving of a conglomeration of images that is open to historical interpretation; it also opens up innumerable possibilities of how we view photography. With the initial procedure of opening boxes, packages or cartons, Susanne Wehr emphasizes that the way we see something, the „how to look at it”, has become indispensable within the discourse of contemporary photography. Contrary to this critical reflection, the silent instant in which the slides are discovered and unveiled from the darkness of the depths remains an autarchic moment. Through the sensitive eye of the photographer Susanne Wehr, the intimate gestures and process of disclosure and presentation is transferred from the private into the public sphere. Numerous Exhibitions