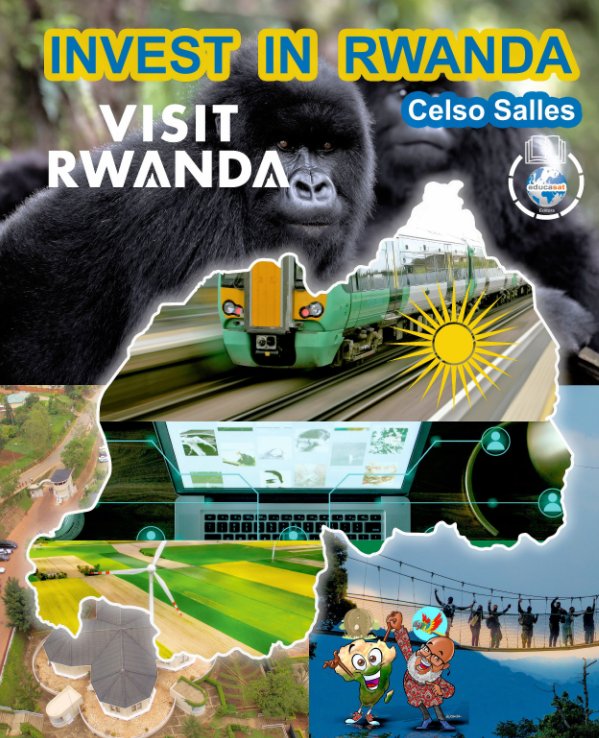 This is the first book in the Invest in Africa Collection. I am having the privilege of starting with the book Invest in Rwanda - Visit Rwanda. The purpose of this Book Collection is the growth and development of countries in Africa, within a new vision, a new concept, where the historical aspects so evident in most books and texts on the Internet, no longer have priorities. As an author, I want to disclose to the world what each country offers in terms of investment opportunities, in a simple and objective way. When we come across countless information collected in books and even on the Internet, we see economic indices and numbers that convey important data, but often end up not motivating investors in general. Investments are very restricted to government initiatives and end up not reaching countless other potential small, medium and large investors, who most of the time take their capital to other continents.
Rwanda is a country located in Central Africa, bordered on the north by Uganda, on the east by Tanzania, on the south by Burundi and on the west by the Democratic Republic of Congo. The total area of Rwanda is 26,338 km2, with an estimated population density of 445 people per km2. Size 26,338 Km² | Population 12.3 Million (NISR 2019 Projection) | Temperature 21°-27° | Life expectancy 67 years | GDP per capita $787 | GDP growth per year +8 percent. Rwanda, under the beautiful management of Paul Kagame and his team, has been proving that a country's potential is not measured by its territorial extension, much less by its mineral wealth, oil, etc. It is measured by the grandeur of its people.
Autorenwebsite
https://educasatworld.com